His speech is of mortgaged bedding,

On his kine, he borrows yet,

At his heart is his daughter’s wedding,

In his eye foreknowledge of debt.

He eats and hath indigestion,

He toils and he may not stop;

His life is a long-drawn question

Between a crop and a crop. 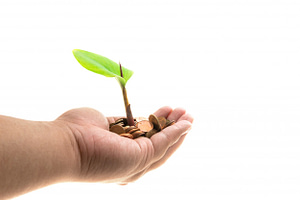 This poem of Rudyard Kipling, called “The Masque of Plenty” aptly describes a farmer’s life which is like a fragile drop that dances on a leaf blade and are at the mercy of his crop produce. 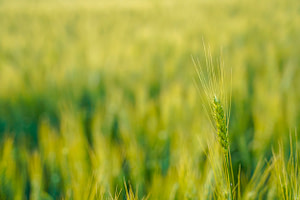 Who is this silent sacred keeper who toils on without a grimace on his face that has collected itself so many wrinkles of old age? Who is he who feeds us all and still succumbs to starvation himself? Who is this saint who is the medium of life, nourishment and prosperity and is forgotten by the world to endlessly suffer? Forgotten…silent…suffering… and yet prevailing over the perils of a demolishing life, he gets up each morning and still ploughs his soil. This unsung hero is our very own farmer who has now begin to become extinct out of the adversity of poverty and lost his pride to the powerful and absurd mechanics of urban life. We have snatched him off his self esteem…money….and even food that he had grown for all of us. 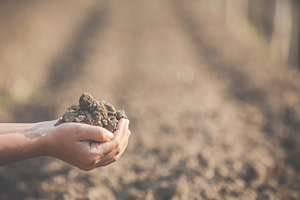 Karma: the law of cause & effect has been accepted by many traditions and cultures worldwide. Karma brings about the reincarnation of souls after they exit their bodies in a lifetime. Many beings are unable to come back to bodies and cannot find a vehicle for completing their karmic journey which is needed for their salvation/mukti. We lost billions of wildlife species in the recent fires in Australia. How can we facilitate their karmic transcendence if we are not going to help in providing areas of fertile land where they rebirth as animals and insects and complete their destiny patterns. A farm is not just a plot of land where crops grow but it is a gigantic ecosystem where a myriad variety of beings co-exist with each other in a complementary and supportive framework. When we establish a farm in a piece of land, we provide a substratum for many Jeevas to birth and exchange dynamic karmic momentum towards their freedom from it. 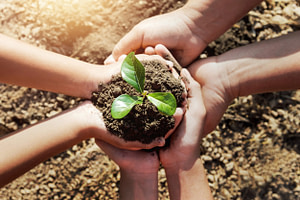 Reforestation is the most urgent need for this phase in our mother earth’s timeline. Trees prevent soil erosion, create balanced and viable ecosystems, lower global warming and are the rescue modus operandi from this planet’s self devastation by humans. If we don’t insist and agrees on growing trees now…when will we? no one will  then be left to enjoy our  beautiful blue planet

Farmers are the key elements to keep us alive on this planet now. If we don’t save them…we must prepare ourselves for the suicide. We have to act promptly to upgrade economic and social situations for our farmers and not allow them to live in a silent ache of poverty and lack. If one farmer withdraws himself, a thousand more whom he supported in the ecosphere of his farm perish. A whole universe is extinct. Reinstating him in a place of power and pride for his noble and valuable contribution to our survival is the burning need of this hour.

Let us restore the farmer to his place of dignity and sacred presence as the provider for a billion souls. Let us not let even one farmer or his family go hungry tonight…let not one farmer suicide in shame and poverty this day. He must live and only then we will live!