HomeBlogPerceptionsTHE MAGIC OF FORGIVENESS AND SELF LOVE...

THE MAGIC OF FORGIVENESS AND SELF LOVE: HO’OPONOPONO

THE MAGIC OF FORGIVENESS AND SELF LOVE: HO’OPONOPONO 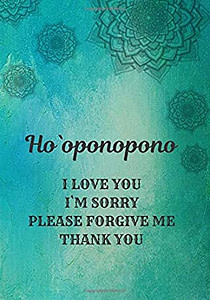 The secret of finding the bliss of the self lies in releasing what does not serve us. Clearing space of negative and toxic emotions like bitterness, resentment and anger makes space for the feelings of gratitude, wholesomeness and compassion. The great Indian mystic saint, SHREE RAMANA MAHARISHI made a remarkable and powerful statement when once asked by a devotee as to how one is to treat others. He remarked, “There are no others!” When we realize we are a part of the whole and not a person identity complex, we can feel the same compassion we feel for others as we feel for ourselves.

However, there are so many situations in our life when we are unable to forgive ourselves and carry the burden of guilt and remorse for things having done/undone. For situations and actions that we are not in control but we believe we can change them, we hold ourselves guilty and carry unwanted emotional baggage. For ways that others have been mean and unkind to us, or for judging others for the same, we create webs of self-doubt and lack of self-love. 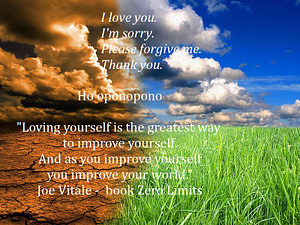 Forgiveness is an earth-shattering practice of self-liberation in many world traditions all over the world and its emphasis and potency cannot be overemphasized. In the eastern tradition, “kshama” or forgiveness is practised as a daily behaviour and inculcated as a reflex behavioural modality. Christianity breathes and lives the practice of forgiveness and Jesus embodies the great compassion arising from the highest virtue of forgiveness against those who sinned and pinned him to death. The great Lord Rama faced many ordeals in his human life where he was even wronged even by his family members, and yet forgives them all. The Hawaiian tradition of HO’OPONOPONO is one such shamanic tradition. Ho’oponopono which means “setting right” implies setting right everything for ourselves and others. It points to take complete responsibility for one’s own actions. It is quite like the Indian theory of KARMA. 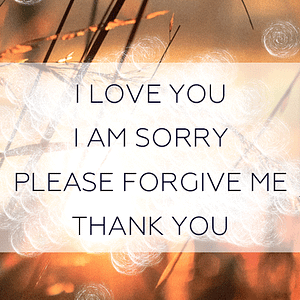 The Ho’oponopono prayer has 4 lines thus:
“I am sorry.
Please forgive me.
I love you.
I thank you!”
The magic of these simple words coupled with breath techniques and visualizations especially with hands placed over your heart chakra enables the deep release of past memories of hurt, fear and blame. It’s true that simplicity is a forgotten virtue in today’s world and the truth is expected to be glamorous and forthcoming. However simple daily practice of Ho’oponopono is one such tool which is subtle and powerful. Like a daily bath, it enables cleansing of Auric layers of consciousness from useless baggage of emotions.
Ho’oponopono was discovered and popularized by a Hawaiian psychotherapist who cured an entire ward of criminally insane patients, without ever meeting any of them or spending any time with them. Sound crazy? It really happened! The therapist was Dr Ihaleakala Hew Len and instead of the typical process of reviewing each patients’ files, and then meeting with them in person, Dr Len focused on healing them by healing himself.

No one wanted the job I did with the criminally insane. They were averaging about one psychologist a month. But I got asked. We had about 25-30 people. Half of them would be in shackles at the ankles or the wrists because they were dangerous. They could either kick you or slam you. Everyone would walk with their back toward the wall so that they wouldn’t get stuck. They had no family visits. No one could leave the building. A year and a half later there was none of that. There were people going out on bus rides. Nobody in shackles. The level of medication dropped. What did I do? I worked on myself. I took 100% responsibility. – Dr Hew Len, Shamanic Wisdomkeepers

For people living in Hawaii today, Ho’oponopono is less about it being a personal shamanic practice through chanting a mantra internally or externally, and more about a traditional system of dispute resolution. It’s a practice that still holds the values of making things right and correcting errors, however in this incarnation it is focused on making things right with our relations; coming back into the right relationship by correcting errors with living relatives, ancestors and deities. 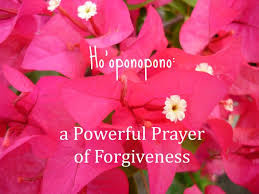 The only problem with human beings is that they are arrogant because that’s what thinking is. This is in essence ‘I know’. Wisdom is being in the void. To be thoughtless. Only by being in the void can the Light come through. As long as I have something going on in my mind the Light can’t come through. The Light can only come in when the mind is cleared–in a state of silence. – Dr Hew Len, Shamanic Wisdomkeepers

Check out the power and liberation by offering yourself the daily practice of HO’OPONOPONO. 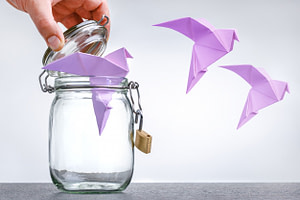